An overview of the key events and themes

In 2014, FMO invested in the Agua Zarca Hydroelectric plant. This project intended to bring economic and environmental benefits to a remote region of Honduras and was met with support, including by local communities.

Ongoing consultation with local communities also revealed opposition. After the murder of human rights activist Berta Cáceres in 2016, we saw no other option but to end our involvement in this project early and as quickly as possible.

The murder is a tragedy, in particular for the family and all who were close to Berta Cáceres.

This page gives an overview of FMO’s involvement in the Agua Zarca project.

The Agua Zarca project was to be a small-scale run-of-the-river hydropower station on the Gualcarque river in northwest Honduras with a capacity of 21.3MW and a projected annual energy production of 98.8GW. The expectation was that it would have a significant positive impact on local living standards and employment. It would supply urgently needed electricity to a country where 45% of rural households have no electricity and more than half of all energy needs are met by imported fossil fuels. Its design meant it would have minimal impact on the environment. The developer and our customer was DESA, a local company incorporated in 2009 for the purpose of owning, constructing and operating this project.

The northwest of Honduras is one of the most marginalized regions of the country, itself one of the poorest and most violent countries in the world. Investing in such places is why FMO exists: to support entrepreneurs and make sustainable development possible in those places where it’s needed the most.

A few years before FMO’s investment, a new Honduran government emerged following a period of political turbulence. Foreign investments had started to increase a little and the government was looking to develop much-needed sustainable infrastructure projects. A project like Agua Zarca could help pioneer the country’s energy transition. 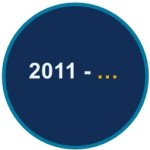 Several banks and organizations were involved in the financing of this project. The 21.3MW hydropower station was co-financed by Finnish development finance institution, Finnfund, and the Central American development bank, CABEI. The latter was the lead lender. FMO took a more prominent role as it took over the agent function of CABEI in April 2015. FMO was responsible for the finance structure. Structured finance in development banking is highly specialized work. As with every FMO project, a supervision and payment structure was tailored for Agua Zarca. In addition, regular site visits before and throughout the project checked that the plant was being built in line with the technical and Environmental, Social and Governance (ESG) requirements.

Before investing in Agua Zarca, FMO carried out due diligence as part of our standard investment process (Responsible Investment | Dutch Development Bank – FMO). 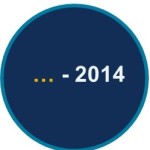 FMO signed a credit agreement with DESA in 2014, including ESG requirements, which were then monitored closely from the start of the project. A range of environmental and technical studies (amongst others) were also completed beforehand. In the end, it was a full three years after the Agua Zarca project first came under the consideration of FMO that we signed the credit agreement.

When financing a project, FMO wants to ensure our customer addresses the needs and concerns of the local communities. In the case of Agua Zarca, for example, there was a consultation process with local communities impacted by the project. In response to their concerns, the project was relocated upstream and across the river, and the design changed from an on-river dam to a run-of-the-river weir in a naturally occurring water catchment area. This meant local communities maintained the same river access as before and the impact of construction activities on those communities was minimized. 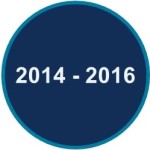 Once the project began, FMO monitored the progress and potential issues through site visits and external checks; these were conducted by independent experts as well as FMO. This included regular monitoring by SERNA, a Honduran government agency, to ensure compliance with all environmental license conditions. FMO received monthly construction and financial monitoring reports.

The ongoing consultation process with the nine local communities also revealed opposition to the project, in particular from one community, La Tejera. Supported by COPINH (an environmental and indigenous rights NGO in Honduras), they criticized, amongst others, what they saw as DESA’s lack of engagement with communities.

The other eight communities seemed to be satisfied with the consultation process. They welcomed the project’s benefits from jobs, income flows into the local economy, and the various social projects to provide drinking water, electricity, improved roads and small-scale economic activities. When later the project was stalled, many voiced their worries about losing these benefits. 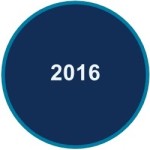 On 3 March 2016, Berta Cáceres, co-founder of COPINH and human rights activist, leading opponent of the Agua Zarca project, was assassinated. FMO was shocked by this horrific news. Now, as then, our hearts go out to her family and all who were close to her.

Seven people were arrested for the murder. In November 2018, these individuals were found guilty of the murder of Cáceres. Their sentences were set on December 2, 2019.

In July 2021, DESA CEO, David Castillo, was convicted of involvement in the murder of Berta Cáceres, three years after his arrest. We were and remain profoundly shaken by this news, as it goes against everything FMO stands for and sets out to accomplish. His conviction further underlines that in 2016 we had made the only right decision to end our involvement in the project as soon as possible. On 20th June 2022, the judge passed David Castillo's sentence of 22.5 years in prison.

The right of speech for those who stand for their rights and livelihoods of people is of very high value to FMO. FMO rejects and condemns any violence against those individuals and groups. The death of Berta Cáceres in 2016 marks a dark page in our 50+ years of history; if we had known then what we know today, we would have made different choices. 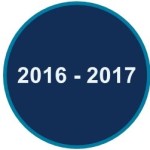 After we decided to exit the project and end our relationship with DESA, FMO and Finnfund held extensive consultations with many local and international stakeholders. In particular, we commissioned an independent fact-finding mission (pdf English | pdf Spanish ) and hired a separate independent facilitator to make recommendations in the light of the mission’s findings.

From the consultation process, reports and recommendations, it was clear FMO’s exit was a prerequisite to the dialogue amongst local communities and stakeholders that would be needed for them to decide how to move forward. We therefore felt FMO’s primary exit focus should be on helping reduce international and local tensions around the project. Hence, building on the experts’ findings and recommendations, we developed an exit strategy with three main goals:

The exit process was completed in July 2017. 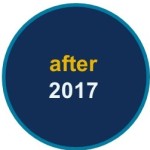 Since the exit we improved amongst others our ESG policies, specifically on human rights, human rights defenders and indigenous as well as culturally diverse communities. These measures include: 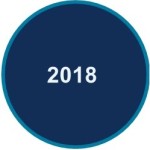 The legal case between COPINH and FMO

The claim that COPINH et al have put forward is that FMO violated its duty of care and has actively contributed to human rights violations. COPINH et al and FMO decided to start a settlement procedure to find common ground and a way forward that is mutually acceptable to all parties. This process is still ongoing.

For more background information, please follow the link to the news items, the management responses (pdf English | pdf Spanish) and FAQs, we published at the time of events.