Peter van Mierlo, CEO at FMO, formally opened the 5th Future of Finance conference with a speech that didn’t shy away from the huge challenges facing the financial sector.

He formed a strong and urgent rallying cry for all 500 delegates to apply their experience and expertise to help meet those challenges, and change their own institutions and the world for the better.

Van Mierlo opened by saying the world’s biggest challenges stem from climate change and inequality, and that in addressing those challenges FMO sees the private sector “not as a problem, but an important part of the solution.”

The earth’s ecosystem, he said, is on the brink of a catastrophe and we must radically alter how we consume, produce, grow, generate energy and conserve our resources. Doing nothing is not an option as we are running out of time. We need to act decisively on the UN Sustainable Development Goals (SDGs) and the Paris Agreement. 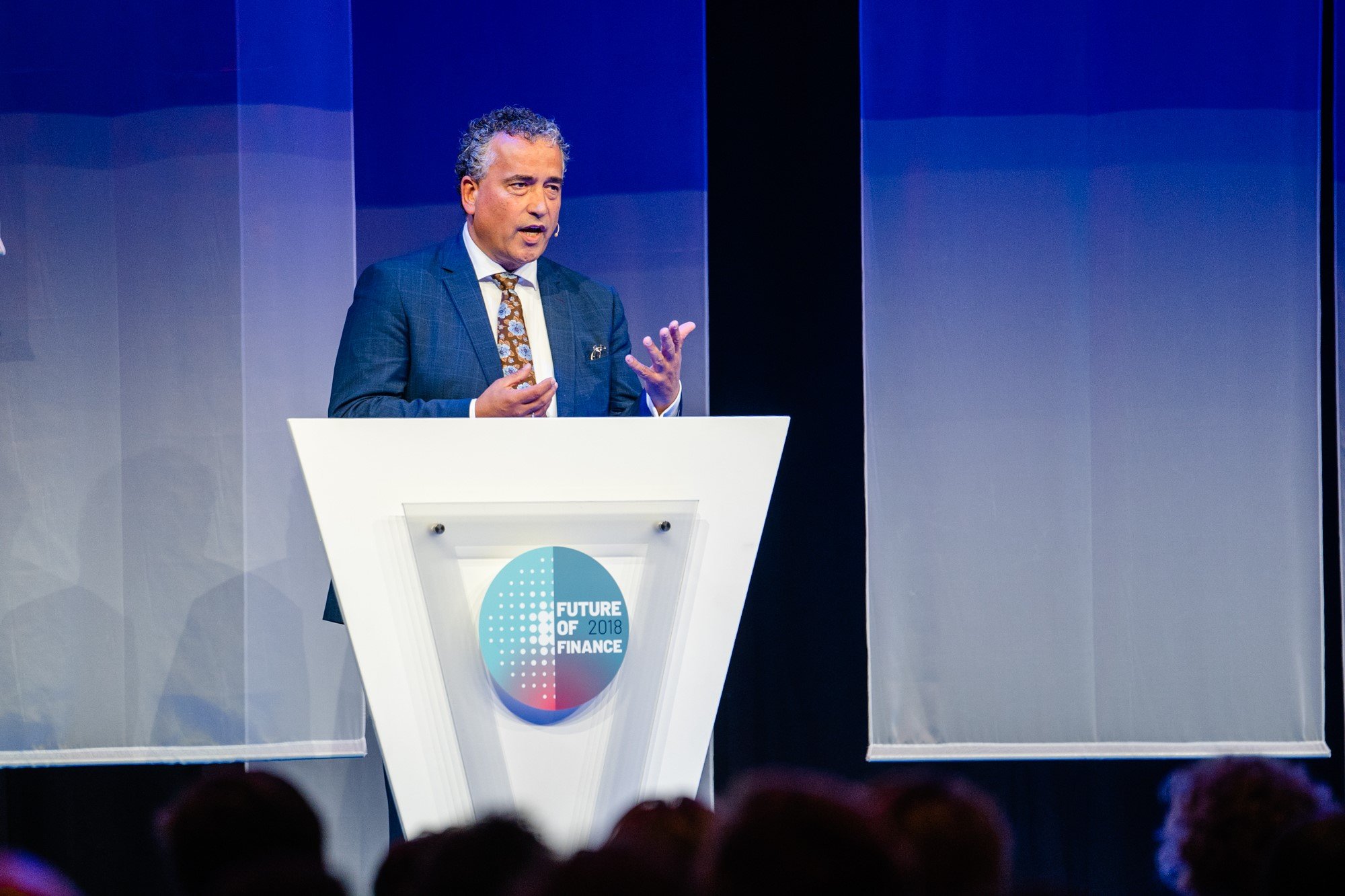 The world is beginning to understand that individualism can’t help solve the problem it has helped create.

For pessimists who fear the world will continue sticking its head in the sand on climate change and other pressing global issues, Van Mierlo offered hope in the form of what he sees as “new values on the rise. The world is beginning to understand that individualism can’t help solve the problem it has helped create.”

In this context, and acknowledging that he is still a relative newcomer to impact investing, Van Mierlo went on to share his four ‘lenses’ on the role of banking and finance in tomorrow’s world.

Four perspectives on the future

The first is banks and society, Banks are an integral part of every economy and society, but to thrive must understand their own social relevance and that of their clients’ business models. Without purpose, banks run the risk of becoming irrelevant. To survive, financial institutions must effect positive change on a large scale, which means having clear values that guide their decision-making,

His second lens was technology. With so many developments in the tech world (see also our report on FMO CIO, Linda Broekhuizen’s speech), from AI and quantum computing to robotics and the fusion of biology and technology, technologies will influence how the finance industry does business and evaluates business cases. Tech can also help developing markets leapfrog many of the development phases the West had to undergo. And this will be essential to the prosperity of those regions, as the labour arbitrage South-East Asia enjoyed in recent decades won’t happen again due to the impact robotics and technology will have on economies.

The third lens was duty of care. Financial institutions greatly influence the risk profile of individuals and corporates, and must use that power responsibly. He believes the financial sector will increasingly be held accountable for the extent to which they use this power to avoid fraud and money laundering, and secure their clients’ financial wellbeing.

A taxonomy for change

Without a taxonomy, universally agreed definitions, we won’t be able to measure our progress in all these areas.

Van Mierlo’s final lens concerned how the financial world collectively measures effectiveness. “Without a taxonomy, universally agreed definitions, we won’t be able to measure our progress in all these areas.” He therefore called on the 25 or so key players in this area, such as the UN, the World Bank and the Global Impact Investing Network, to join forces and propose International Impact Reporting Standards (IIRS) to work alongside the existing International Financial Reporting Standards (IFRS).

This last must occur quickly, for as every financial expert in his audience knows only too well, in long-term financial modelling the final result is determined by what’s achieved in the early years of a project. And the UN SDGs are no exception. Nevertheless, all is not lost. With his conviction that the world is on the brink of a new era, Van Mierlo called on everyone in the room to do their bit to make the necessary changes happen.