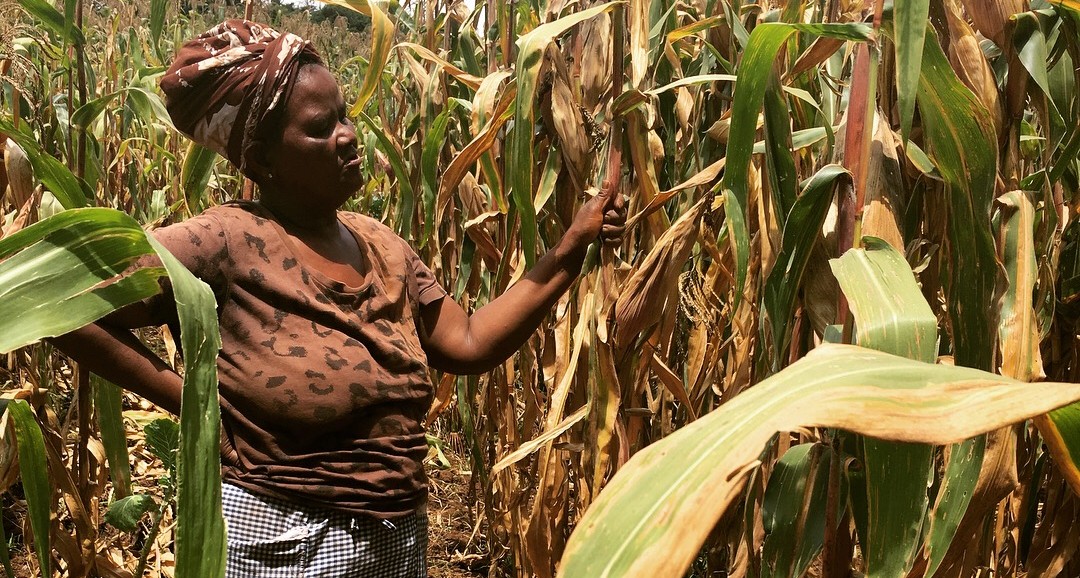 Just imagine what smart technology and $1.2 trillion could achieve together

On the eve of the Future of Finance conference FMO’s Chief Investment Officer, Linda Broekhuizen, asked delegates to look with her at a series of world maps.

Each map highlighted a different challenge facing the human race and she asked her audience to imagine how we can radically improve the prospects for our planet and those who live on it by leveraging the potential technology offers to address each challenge.

The first world map was one with each country’s size corresponding to its population. It showed how today India and China have the largest populations, but that by the time the global population reaches its predicted peak of 11.2 billion in 2100, Africa will be the largest continent and Nigeria the largest country. Today, almost half Africa’s population is under 18 and by 2050 there will be almost 1 billion minors living in Africa.

Today, almost half Africa’s population is under 18 and by 2050 there will be almost 1 billion minors living in Africa.

Broekhuizen zoomed in on two typical African smallholder farmers. They farm one or two acres in a remote part of Kenya and have no access to finance from banks or microfinance institutions. But now thanks to the Kenyan FinTech start-up, Apollo Agriculture, which uses satellite data and a machine learning model to make informed credit decisions, these farmers can access the affordable credit they need to buy seeds, fertilizer and crop insurance, and increase their yields. They can also use their phones to access voice-based training and make payments. FMO is proud to support Africulture with a convertible grant but, says Broekhuizen, just imagine the impact if we accelerated and scaled up the use of such technology to give all smallholder farmers across Africa access to finance.

Broekhuizen’s next map showed the numbers globally of those working in agriculture. Some 70% of the world’s food is produced by an estimated 500 million smallholder farmers, mostly women, whose households total over 2 billion people. They make up a significant portion of the world’s poor, living on less than US $2 a day.

Again Broekhuizen zoomed in, this time on a farmer in Myanmar who received a loan from microfinance institution, Maha Agriculture. Maha works with Harvesting, a Silicon Valley FinTech company that won FMO’s Fintech for Microfinance Prize in 2017.

Imagine the impact if we used these large data sets to provide affordable access to finance for all the world’s unbanked smallholder farmers.

Maha and Harvesting developed a credit scoring system that uses large data sets based on geodata, satellite imaging, and soil and water maps. The tool analyses the historical performance of farmlands and predicts future yields, tracking the full cycle from planting to harvest. For the farmers in Myanmar, it means mobile access to affordable lending, better agricultural performance and thus a higher income. As a lender, Maha benefits from a high-quality credit scoring dashboard with which to approve, manage and scale their lending operations, lowering both their transaction costs and credit risks. Again, Broekhuizen asked her audience to imagine the impact if we used these large data sets to provide affordable access to finance for all the world’s unbanked smallholder farmers.

Route out of poverty

The third map showed global distribution of absolute poverty, people living on under US $2 a day. Broekhuizen gave two examples of how tech can help those trapped in poverty.

Through its Nasira program, FMO is working with a bank in Jordan that is developing blockchain technology to create digital economic identities for refugees. Loans can be deposited in personal digital lockers, letting the refugee build up their credit performance and credit history. The locker can also hold other information, such as training & education. As the information is stored on the blockchain, it is verifiable, immutable and portable across borders. Providing an incentive for a refugee to settle their loan before returning home. And because they can take their credit record with them, it could even facilitate access to loans upon their eventual return to their home country.

In another example, wide use of biometrics by microfinance institutions in India is facilitating financial inclusion. Field officers in remote areas use iris scans or face recognition for biometric identity verification. The rapid growth of smart phone use in India makes possible the digitization of the entire lending process, from credit appraisals and customer onboarding to cashless disbursements and loan repayments. Again, Broekhuizen asks us to imagine the potential examples like these show to give billions of people access to finance and lift them out of poverty.

The last map showed the countries most vulnerable to climate change from extreme weather, sea levels or reduced agricultural productivity. Broekhuizen zoomed in on Paraguay, where an employee of Bank Sudameris is using Global Forest Watch, an on-line satellite imaging tool, to monitor whether the bank’s clients are involved in illegal deforestation. Nearly every bank in Paraguay has voluntarily joined this initiative, the Roundtable for Sustainable Finance. Without it there would be no reliable data and the banks know government agencies can’t be relied upon to enforce legal compliance.

Once more, Broekhuizen asked people to imagine if every country’s financial sector joined forces like this to ensure their investments and clients were working to reduce carbon emissions and address climate change. Because, she said, FMO believes in the power of partnerships and empowering entrepreneurs to create a better world, and convinced financial institutions can be true change agents. Collectively, she said, the banks attending the Future of Finance have some US $27billion to invest. Add the assets of all FMO’s partners and that figure is US $1.2 trillion. Close your eyes for a moment and just imagine… 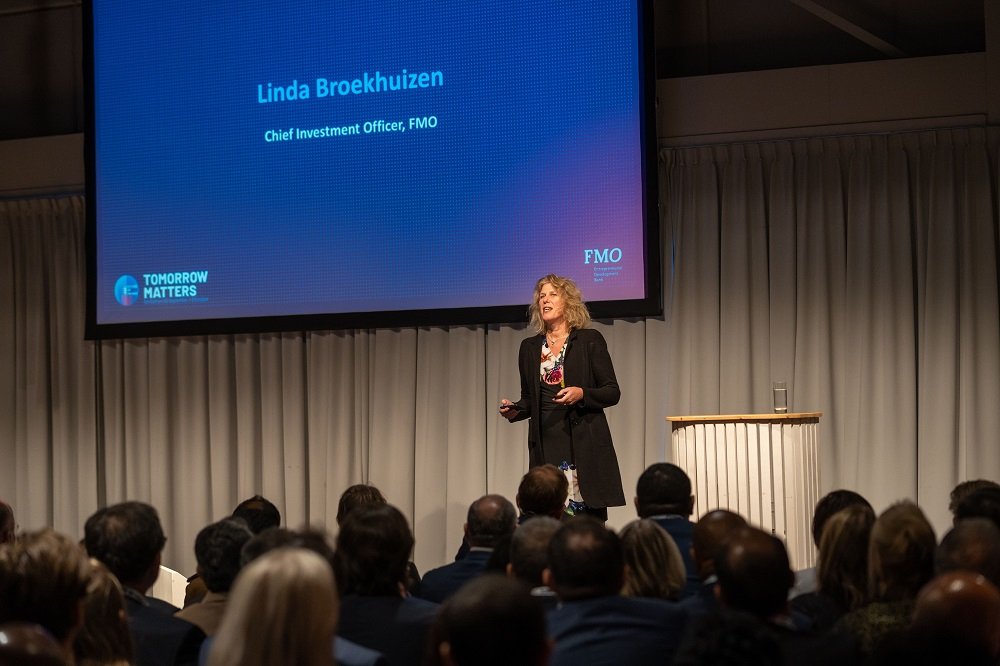