For questions about financing or funding possibilities, business offerings and acquisition, please use the contact form.
Both numbers below are for media inquiries only.

FMO and Proparco announced today a USD 82.5 mln syndicated facility to support FMO’s long-standing customer Tiryaki Agro, one of Turkey’s leading agricultural commodity traders and supply chain managers. The syndication is led by FMO, the Dutch entrepreneurial development bank, which is committing USD 62.5 mln, with participation from Proparco, France’s development finance institution, committing USD 20mln. The syndicated facility will refinance the DFIs’ existing loan with Tiryaki Agro, while increasing and extending their commitment to continue supporting the company with the working capital needed for its agribusiness operations worldwide. 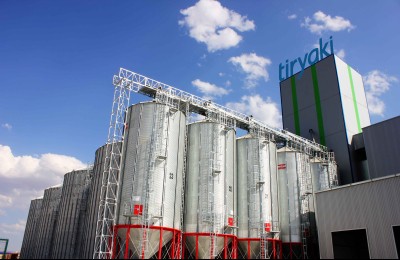 Founded in 1965 as a small family-owned enterprise, Tiryaki Agro has grown into one of the largest agribusiness supply chain managers in Turkey and MENA region, originating, processing, and distributing a wide assortment of agri-products, including grains, oilseeds, pulses, nuts, and feed components. Tiryaki Agro is a significant contributor to food security, processing 11,000 tons in its facilities daily and distributing around 3 million tons of agri-commodities annually—which include staples such as flour, rice, lentils, and wheat—with an emphasis in Turkey, the Middle East, and Africa.

While Tiryaki Agro’s head office is in Istanbul, the majority of their ~1,500 employees are employed in smaller cities and more rural provinces across Turkey. It is expected that the number of employees will increase in the future as they further integrate in the supply chain with the support of the working capital received.

The current economic climate in Turkey limits the long-term liquidity that companies can receive from the local or international commercial banks. In such challenging times, FMO and Proparco reaffirmed their support in their longstanding client, Tiryaki Agro, through this new syndicated facility, which provides much-needed long-term working capital specifically to aid in its output of agri-products, while also scaling up and expanding its export volumes and markets.

Pieternel Boogaard, Director Agribusiness, Food, Water at FMO, said: “We are pleased to further strengthen our commitment to Tiryaki Agro, as a longstanding partner of FMO, and an important regional agribusiness supply chain manager. By arranging this facility with our fellow DFI, FMO confirmed its commitment to support a successful Turkish agribusiness player who contributes to the food security in its region.”

Denis Sireyjol, Head, Manufacturing, Agribusiness & Services at Proparco, added: “With FMO, we are proud to support since 2012 Tiryaki Agro, Turkey’s leading processor of agricultural products. With this new facility, Tiryaki Agro will ensure the maintenance of food supply chains, mainly in the Middle East and more particularly in Iraq to reinforce a still very fragile food security.”

Suleyman Tiryakioglu, CEO at Tiryaki Agro, said: “We are pleased to add a new milestone to our valuable relation with FMO and Proparco. Having the role of leading agri supply chain manager, Tiryaki Agro plays an important role for the sustainable food supply in Turkey, the Middle East and Africa.  Our valuable financial partners contributed a lot in the past to achieve our short and long-term goals with their support. Not only did they provide financial support, they also supported Tiryaki Agro to improve its risk management and environmental & social policies which were all highly appreciated.” 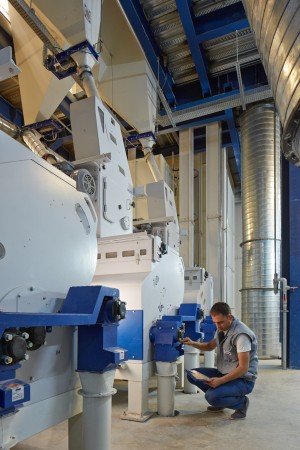 In addition to this latest transaction further strengthening FMO’s longstanding relationship with Tiryaki Agro - with whom we have partnered with since 2012 - we can also provide impact through no less than 3 SDGs. By distributing staple food and feed products on a substantial scale in the Middle East and Africa, also through the UN’s World Food Program, TiryakiAgro  contributes to zero hunger. The transaction also contributes to decent work and economic development, both through employment in rural areas and through hard currency generation via its export flows. Finally, we can provide a sizeable long-term commitment to our client in Turkey, in the current challenging economic climate, through partnership of various funds and financial institutions.

Proparco is the private sector financing arm of Agence Française de Développement Group (AFD Group). It has been promoting sustainable economic, social and environmental development for over 40 years. Proparco provides funding and support to both businesses and financial institutions in Africa, Asia, Latin America and the Middle-East. Its action focuses on the key development sectors: infrastructure, mainly for renewable energies, agribusiness, financial institutions, health and education.  Its operations aim to strengthen the contribution of private players to the achievement of the Sustainable Development Goals (SDGs) adopted by the international community in 2015. To this end, Proparco finances companies whose activity contributes to creating jobs and decent incomes, providing essential goods and services and combating climate change.  For a World in Common. For further information: www.proparco.fr/en and @Proparco