Our management board is charged with developing and implementing our strategy as well as complying with legislation, regulations, risk management and auditing.

While the Management Board is accountable in practical terms, FMO remains a flat organization. Reporting lines are short and clear, facilitating supervision and control. Appointed by our Supervisory Board, our Management Board is comprised of five directors: 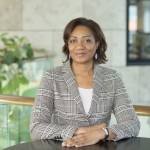 Fatoumata Bouaré has a degree in Engineering (Ivory Coast) and a Master of Business Administration from L'Ecole Supérieure des Sciences Economiques et Commerciales (ESSEC in France). 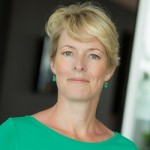 She gained extensive risk and compliance experience in senior management and board positions at, amongst others: LeasePlan, DLL, NN Investment Partners, Fortis Investments and ABN AMRO Asset Management. At LeasePlan (2017-2020) one of Franca’s key results was defining and implementing LeasePlan’s sustainability strategy. For two years (2020-2022) she ran her own company, Resilience, focusing on corporate governance services for various clients. Franca also served as non-executive director and member of the Supervisory Board for several organizations over the years, still continuing her role as non-executive director at Coöperatie VGZ. Before joining FMO Franca held the position of Chief Risk Officer a.i. at Triodos Bank.

Prior to her working career, Franca was a top athlete in handball and volleyball. She has a master’s degree in Russian and German from the University of Leiden and acquired an MBA from EuroMBA. 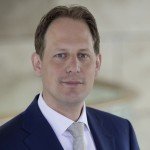 He joined FMO’s Management Board as interim Chief Investment Officer in October 2020. Since 2015, Huib-Jan was Director Financial Institutions, responsible for the sector department which works closely with banks, microfinance institutions and fintechs to advance access to finance for entrepreneurs. He started within FMO as Investment Officer in the Financial Markets department in 2008. He was promoted to Director of this department in 2011 and in this capacity responsible for FMO’s treasury as well as loan syndications.

Before joining FMO, he was an Executive Director in the Financing Group of Goldman Sachs based in London. He started his career at ABN AMRO for which he worked in various roles in Amsterdam, London and Lisbon. Huib-Jan studied in Groningen where he completed Masters in both Business Administration and Law. He is a CFA Charterholder and attended Summerschool at the London School of Economics and Political Science (LSE) where he took courses on International Development. 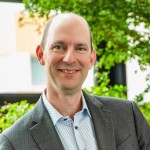 Michael Jongeneel joined from international consulting firm Bain & Company where he was a partner in the Amsterdam office as well as the firm’s global lead for sustainable finance. In this capacity, Michael helped to transform banks and insurers toward inclusion of sustainability in their core businesses and to develop impact investing strategies and innovative solutions in sustainable finance. Additionally, he gained extensive experience working in and with not-for-profit organizations focused on positive social and environmental impact.

Prior to Bain, Michael spent eight years at Triodos Bank where he was the Managing Director of Triodos Investment Management BV, and initially joined as Triodos’ Chief Operating Officer and member of the Executive Board. Michael has a degree in Information Engineering from the University of Twente. 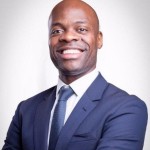 Peter Maila (1977) joined FMO in December 2022 as Co-Chief Investment Officer, with over 27-years working experience in finance and impact investing.

He came to FMO from his previous position as Africa Coverage Director at British International Investment (BII) in London. He was a founding member of their Equity Investments team, where he executed impactful transactions in Africa and South Asia. Prior to BII, Peter was the Investment Director, Principal Investments at HSBC Bank in London, where he worked on pursuing opportunities in sub-Saharan Africa. Before that, Peter worked at Rand Merchant Bank (RMB) and at Standard Bank, both in South Africa, his country of origin. For Vodacom Peter was a finance manager in South-Africa as well as in Tanzania.

Peter is Co-CIO alongside our other Co-CIO Huib-Jan de Ruijter. Together they will be responsible for FMO’s investment activities whereby Peter will focus on Impact & ESG, Private Equity and KYC.